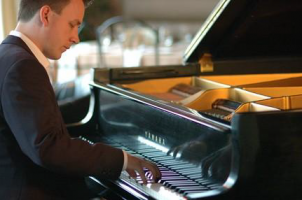 A pianist, composer and songwriter, Hugo McLaughlin hails from New Brunswick, on the east coast of Canada. He studied music and computer applications in music at McGill University in Montreal and has been living in Calgary, Alberta since 1995.

As a composer, his focus is on Instrumental hybrid orchestral music in styles that span hip hop, action, tension and rock. His more romantic side brings out piano-focused music with sorrowful and evocative piano melodies that are always featured prominently in his arrangements. 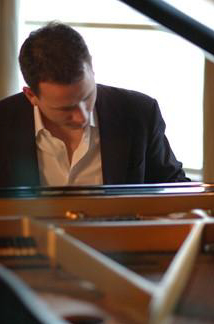 Hugo has been co-writing songs with contemporary artists in styles such as pop, rock, hip hop and country. Several of his songs have been recorded by performing artists, including the French-Canadian hit “Je t’attendrai”. He also closely collaborates with various composers from around the world.

Hugo’s solo piano performances have taken him across Canada, to Europe and as far South as Las Vegas. In addition to performing at countless corporate events, he spent several years as a pianist at the Fairmont Banff Springs Hotel. Hugo currently works as a pianist, producer, composer, arranger, teacher, and accompanist.

He is a co-founder of KLM Stage and Musician Services, a company that operates music schools and supplies equipment for touring and performing musicians. Hugo spent over 20 years as CEO of the company and sold the business at the end of 2019 to focus his energy on performing and composing music for film and TV.